Can Algorithms be Ethical? Behind Machines, a Human-Centered Approach 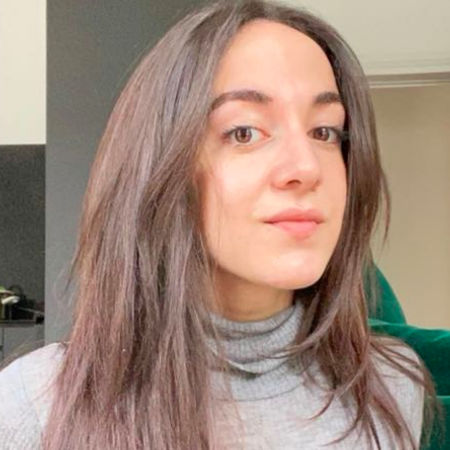 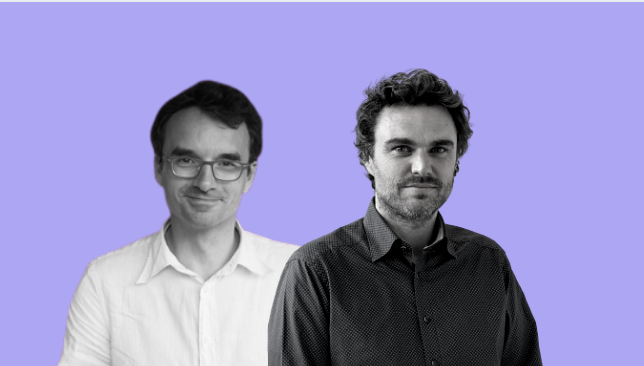 The Rumo team interviewed Pierre Mathéus, CEO of Tënk, and Samuel Gantier, University Researcher. They are collaborating on a project for the design of an algorithmic recommendation of documentary films. This research program relies on the Tënk platform, Spideo, and a research/industry consortium composed of the DeVisu laboratory of the Polytechnic University of Hauts-de-France, the GERiiCO laboratory of the University of Lille.

Tënk is a one-of-a-kind SVOD platform, focused on a niche market: the art-house documentary. As Pierre Mathéus explains, “We curate documentary films where the form is as important as the content. We can differentiate them from reports, which are very impartial and informative. On the contrary, creative documentaries own up to their own subjectivity”.

The project’s goal? Testing a scientific method to evaluate the quality and relevance of an automated recommendation system based on a taxonomy specifically created for documentary films. The training ground? Tënk’s catalogue of documentary films. The tools? Rumo, the recommendation system developed by Spideo for cultural and creative content platforms.

How did you meet? How did this project come about?

Pierre: It all started about 3 years ago, Samuel is one of the first graduates of the Master’s degree “Documentary creation” of Lussas. Originally, Tënk had more of a “documentary curator” culture than a platform culture. Samuel helped us work on and improve our UX Design. This upstream work with Samuel and the meeting with Thibault and Spideo made us want to build this project together.

Samuel : Tënk, being a very open and collaborative platform, brings up a desire of contribution. I wanted to put my skills at the service of Tënk, as a UX researcher, but also as a film lover and a documentary filmmaker. It’s a personal initiative, yet in line with my career path.

How was the Tënk platform born?

Pierre: The original idea was to create a local TV with an international audience. We wanted to give the user the opportunity to watch films that are rarely or never seen on television. They are sometimes programmed on local or national channels at off-peak viewing times. Yet, there definitely is a community that wants to watch creative documentaries.

Samuel: With Tënk, we share an active engagement in giving these films visibility, because the factual reality is that there is a global standardization of programs and these types of films end up being marginalized in specialized festivals. To illustrate this point, I can give the example of a film I made in 2008 (Affaires de grandes familles),broadcast on ARTE and France Télévisions. In spite of a convincing audience share and a good critical reception (Etoile de la Scam 2008 and good press coverage), the network told me that it would no longer be possible to to broadcast this type of film in the future.

How would you present your research methodology?

Samuel: It’s a research that is based on an empirical framework. We are not afraid to get our hands dirty, to prototype first and then frame the theory around it. This action-research allows us to mix up our work with Tënk’s ambitions. In this trio, Tënk is the films, Spideo is the recommendation tool Rumo and we make use of these two materials.

Our methodology  also relies on the interdisciplinarity of our team: film studies meet Information and Communication Sciences (ICS) and UX Design. The idea is to create a common working ground.

Nowadays, we can no longer be satisfied with solely a critical approach towards algorithms. An algorithm is only a tool that aims to execute a series of tasks, fed by a set of data. It all depends on the nature of the data, and what we do with it. It seems to me that it is possible to think about an ethical practice that is not based on users’ interactions but on the metadata of cultural contents. It also seems important to me that public research participates in supplying small cultural actors marginalized by the dominant actors of the market.

Your publications raise the question of human curation: why do you think it is necessary to build automated recommendations?

Samuel: For me, this project was born out of frustration. As a Tënk user, I was not able to easily find what appealed to me in the platform’s catalog. It’s easy to miss films that can move you. With one evening per week dedicated to watching documentary films, my options are quite limited. At the end of the day, I just need help in guiding me towards the right content in a context of hyperchoice.

Pierre: Indeed, many subscribers shared their frustration with us: they didn’t have enough time to watch all the documentaries that interested them. Therefore, we decided to keep these films on VOD. The catalog has grown from only 7 films per week to around 700 films constantly available on VOD today. And helping Tënk users find their way through these 700 films is essential.

Your work analyses different algorithmic approaches in the field of recommendation. Statistical algorithms tend to lock the user into a bubble, whereas semantic algorithms bring in external expertise thanks to highly curated metadata. How did you combine metadata knowledge with algorithms?

Pierre: On this matter, the team of curators gradually realized that classifying and qualifying films by thematic ranges went precisely against Tënk’s essence. A platform that provides documentaries for which the content is as important as the form should not curate its content by theme. From there, the idea of indexing based on filmic processes emerged.

Samuel: It is the indexing that makes the recommendation. Our intuition was that in order to recommend documentary works, we had to get out of the metadata general patterns and go back to the richness of documentary cinema. The challenge was to succeed in creating bounces from one content to another based on the tastes of viewers who prefer certain approaches, such as first person documentaries, archives, different types of voice-overs or the practices of filmmakers who stage themselves in the picture.

Describing the filmmaking techniques of these films regardless of date, context of production, and theme remains a very challenging task for classifying and thus recommending this type of cinema.

Precisely, going beyond the classic filters such as theme, director or date of production, what does this specialized indexing allow?

Samuel: Thanks to our indexing, we were able to distinguish various groups of films judged similar or close by algorithmic processing. For example, we have a group of films that could be labelled as “comedies”, which is quite uncommon for documentary cinema. In this group, the films have no thematic link: one deals with tourism, another with urbanism, a third with ecology. Seen through the prism of our metadata, we understand that the directors of these films used a fairly similar production technique. For example, they used a voice-over that is out of sync with the image strip in order to create a form of discrepancy that generates a satirical effect. Thanks to specialized indexing, it is now possible to link these films together and thus recommend them to users.

During your research, you noticed that it started to be difficult for a curator to match more than 30 films by memory only, and the same process became impossible to carry out in a rigorous, identical way when the number of contents went beyond 100. How do you think the role of human curation should evolve in the era of recommendation algorithms?

Pierre: Tënk was born from a festival. At the beginning, we only used human recommendation because, for many in the world of cultural mediation, the algorithm was an evil entity. This is where Spideo has played an important role, by undemonizing the algorithm and proving that it is not just a cold and robotic tool. The algorithm is not necessarily a black box, but it can be a mediation tool, a support for human curation. So the question must be asked in this sense: what form can the collaboration between the machine and humans take?

The editorial recommendation will remain dominant, yet curators will have to take over the metadata knowledge that feeds the algorithm.

Samuel: I totally agree with Pierre on this point. If we base the algorithmic recommendation on human indexing, then the algorithm will always be set by humans. And I would say, it is the setting of the algorithm provided by the prolonged human work which convinced Tënk that the approach did not contradict its values.

Our goal is not the removal of human indexing, but turning it into something accessible and understandable in order to achieve algorithm transparency. This work follows a change in professional practices, since nowadays such niche film platforms in France do not have the required internal skills for this indexing work.

What are the next steps for this project?

Samuel: As far as our research project is concerned, we have three major challenges. Firstly, the indexing of a larger number of documentaries, from about 100 films to more than 500. Secondly, the improvement of the thesaurus by increasing the number of descriptors and their relevance. And finally, testing different ways of weighting Rumo’s metadata categories to improve the efficiency of the recommendation. Once this is done, we will still have to test the recommendation system with a panel of subscribers in order to understand how and under what conditions this proposal is helpful for the platform’s subscribers in their viewing choices.

To know more about our values, you can check our manifesto here.